Do you need a perfect website and a great sales page before you start your membership?

In this episode, we are discussing which free tools you can use to get your membership started right ahead while minimizing your expenses and still charge what you deserve.

And if you loved this episode, please share with a friend and leave us a
review!

Melissa: So we're going to move to Kim: “Is it possible to have a membership on just a Facebook group and not to go with teachable or Kajabi or something like that when you first begin?”

So Kim, do you wanna hop on the mic and, and I see a lot of nods already. Hey Kim.

Kim: Hi. Yeah, I mean my I'm just trying to keep it to where,I mean, not knowing how successful this will be, just trying to cost down to where I don't get myself into something. And just kind of like test the waters and really see how this is going to work. Yeah. My idea is is a really, is, is very different from, from what I've heard here today,but that's okay.

It takes all kinds. Mine is looking at more of a Christian base where moms and wives and also, and from a creative aspect of discovering their creativity and in that, in, in setting atmosphere, in their homes and everything. I'm doing a little bit of art in this,but more it's about mentoring moms and wives and seeing what their needs are and what, you know, in order to know how to develop my content.

Cause I'm the same. I haven't, I have I'm work putting together a launching membership to try to get founding members and everything to do for like two weeks. I just, just wondered about,you know, how it is to start with that. And then another question I had is someone had told me that inside Facebook now is where you can have a group meeting, like a zoom meeting, but I don't know really much about that.

Haven't had much time to research it and I just wonder how to, anybody else use that?

Paul: Yeah. So does anybody else want to chime in first?

Okay. So there are Facebook rooms in, they do somewhat function  as a zoom meeting. Now they don't have all the functions of a zoom meeting, but you can in a group as well as on your personal account you can do you can do  Rooms.

So as you guys know when anything new comes into the market that grabs attention, Facebook looks at it and they say, let's copy it and make it our own version. So people won't go over there and they'll stay on Facebook.So that's something they're going to most likely keep growing more and more now anybody want, has anybody started a a membership without having a platform where just the Facebook group.

Okay. So we have, so we have several.  do any of you want to talk about that experience because we can give you our success with it,but does anybody want to speak to it?

Tazeem: I'm happy to I've run my community for almost 18 months now. And pretty much everything has done on Facebook group. Currently I upload images and documents, PDFs, anything that they need.

I upload it there. I'll write a post and let them know tag them. If I have to, uh,I do lives in the group, just occasionally the only thing I don't do in the group is zoom calls. I do two coaching calls every month. Those are recorded on my zoom. Of course everybody has access to that. I did, I did upgrade.

So, you know, you can have the free version, but the free version on it gives you I think 35 or 40 minutes. but I have the basic platform. So that's my only expense. And it works really well. I just send everybody a copy of the recordings after the calls are done and it's easy. I mean, yeah, it's worked really, really well.

And I've, I've enjoyed it. I'm definitely considering moving to a different platform so I can expand my reach of it more too.But right now it's where I'm doing it and it's working really well.

Kim: How do you do your billing was just that

Tazeem: PayPal super easy. Yeah. I just basically create a PayPal link. If I'm sending somebody a promotional pricing, then I'll send them that link specifically and something that's I'm not familiar with Stripe.

It's something you can do inside.PayPal is you can not use suspend a payment, even if it's on a subscription, you don't, they don't have to cancel it. You have control over that, so you can suspend their payment for a month. So if someone's run into hardships and some things going on in their family and you want to suspend it, then you can suspend it.

It's much easier than them canceling it.And then you're trying to reel them back into join again. Right. So you have, you have much better control over that. So PayPal it's super, super easy.

Paul: And just to give you a perspective, like we've had private coaching clients over the years where they paid us upwards of $2,000 a month, and they got a Facebook group, like we did a zoom call and then we would put all the assets for them in a private Facebook group to deliver their uploads, their assets and things.

So don't even think like, you know, perception-wise that Facebook group means that it has to be something that's really inexpensive. When we started "Inner Circle" a year and a half ago,it was several hundred dollars a month right out the gate. And we started off with no sales page, and a Facebook group.

So we did zoom calls in a Facebook group and nobody complained because the people that came on initially, already knew about Melissa and I through the years. So they were sold on us, not the, the deliverable. They knew that they could get what they needed out of us and  it was about selling access.

And you're in a great niche. So I just want to let you know like a good friend of ours, Matt, Tommy   we were right when COVID was coming into the U S we were actually speaking on his stage at his,his large conference.

So that's awesome that you're doing that

Melissa: Pay PayPal link Facebook group, and you can get it going.

Kim: All right. Thank you. 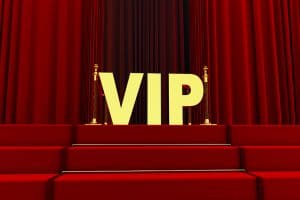 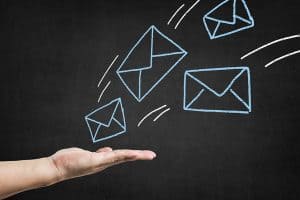 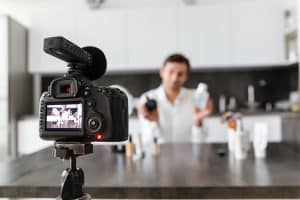 Is it Worth It To Repurpose Old Video Challenges? – Episode 37